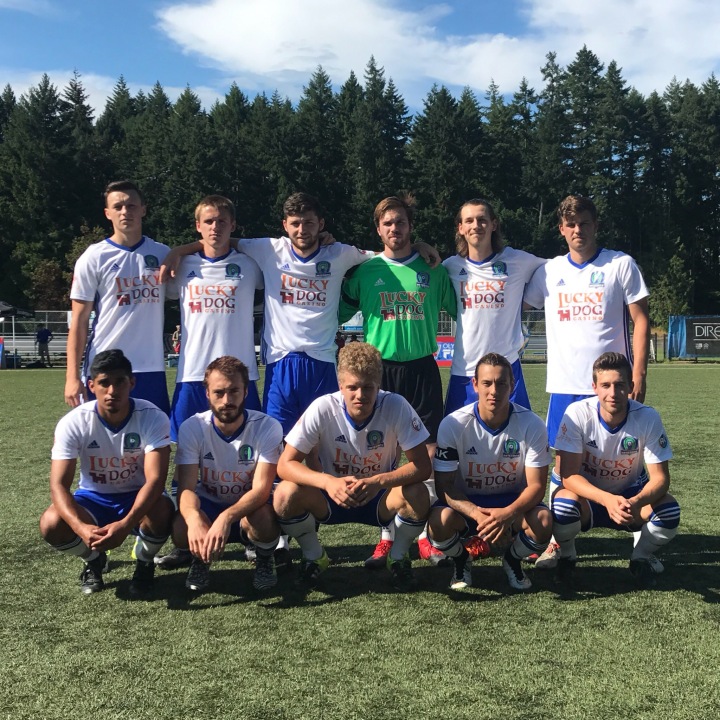 OLYMPIA, Wash. – After five games on the road, the Oly Town Artesians finally return home for a pair of games this week starting with a Tuesday night tilt against the Vancouver Victory. First kick at Wembley Field at The Evergreen State College is set for 7:00 PM. Tickets are just $8 for adults and $5 for kids 5-12 years old. Kids under 5 are free.

The Artesians enter the Tuesday night match riding a three game unbeaten streak. After a tough mid-season stretch, the streak started two Tuesdays ago in Ridgefield when Blake McMillian and JT Meyer notched goals to lead Oly Town to a 2-1 win over the Victory. They then traveled to Yakima United and took home a 3-1 win before drawing with the Olympic Force 1-1 on Sunday afternoon. Saint Martin’s senior Kyle Witzel scored an early goal against Olympic in his first shot as an Artesian and JJ Olson allowed just a penalty kick goal to hold on for the point. The Artesians moved to 4-4-2 with 14 points in their inaugural season in the EPLWA.

Meyer leads the Artesians with three goals including the game winner against the Victory. Surf Wodajo also has three goals but has not played since a June 17th loss to Seattle.

The Victory enter the game just three points ahead of Oly at 5-3-2 with 17 points. They are coming off of a tough 3-1 loss to the first place Seattle Stars on Saturday evening in Kent and are 1-2-1 over their last four games including their loss to the Artesians on July 1st. Corban alum Nate Cheney leads the Victory with four goals. Timur Zhividze also has four goals but all of those came in their season opener against Bellingham United and he has since moved on to the Portland Timbers U23s.

Tuesday’s game is the first game of a three game homestand for Oly. The first place Seattle Stars and EPLWA all-time leading scorer Tyler Bjork will be in town on Saturday for a 6:00 PM kick off. Then the Artesians will close out their home slate on Sunday, July 23rd against Washington Premier South Sound FC at 3:00 PM. All three games take place at Wembley Field on the campus of The Evergreen State College. Tickets are available online at www.olytownfc.com/tickets or available at the gate starting 45 minutes before first kick.