OLYMPIA, Wash. – The Oly Town Artesians have named Olympia native Matt Herrera their new head coach for the upcoming Western Indoor Soccer League season that kicks off this month. Herrera and the team have also set WISL tryout dates for October 14th and October 15th at The Pavilion at The Evergreen State College.

Matt Herrera, a 2005 graduate of North Thurston High School, has spent the past two years playing for both the indoor and outdoor Artesians squads. He served as a captain last season and has played a key leadership role with the team throughout his tenure.

Herrera has been coaching high school soccer since 2006 and has been a varsity head coach for the past nine years, first at Yelm High School where he coached current Oklahoma City Energy players Miguel and Daniel Gonzalez, and now at North Thurston High School. Herrera and his wife, Cortni, have two children, 3 year-old Gabriel and 2 year-old Adeline. 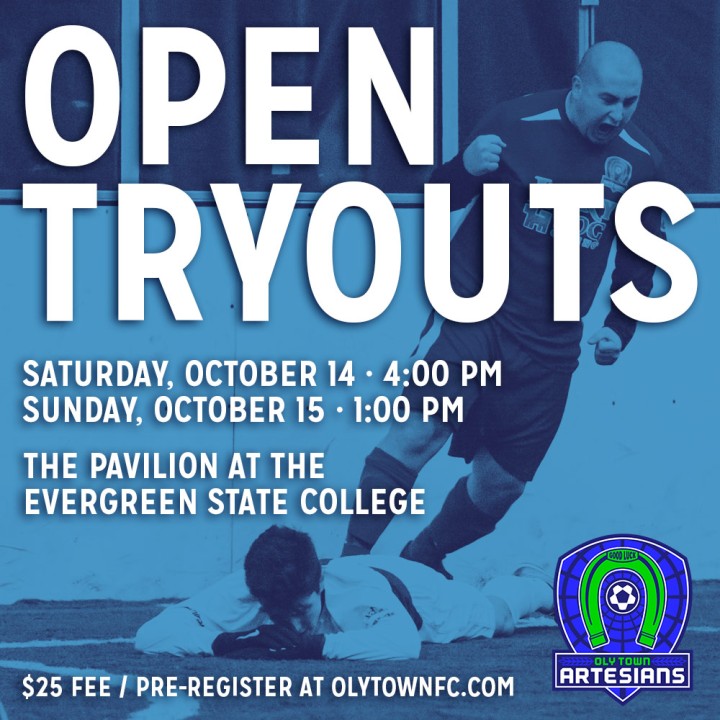 Herrera will conduct tryouts for the indoor WISL squad on Saturday, October 14th at 4:00 PM and Sunday, October 15th at The Pavilion at The Evergreen State College. The cost to tryout is $25 and pre-registration is available by visiting OlyTownFC.com/tryouts. Players are asked to attend both tryout dates and to wear turf shoes, no cleats are allowed.

The 2017-2018 season will kick off with the annual WISL preseason tournament on Saturday, October 28th at the Tacoma Soccer Center. The regular season is set to get underway on Saturday, November 11th.