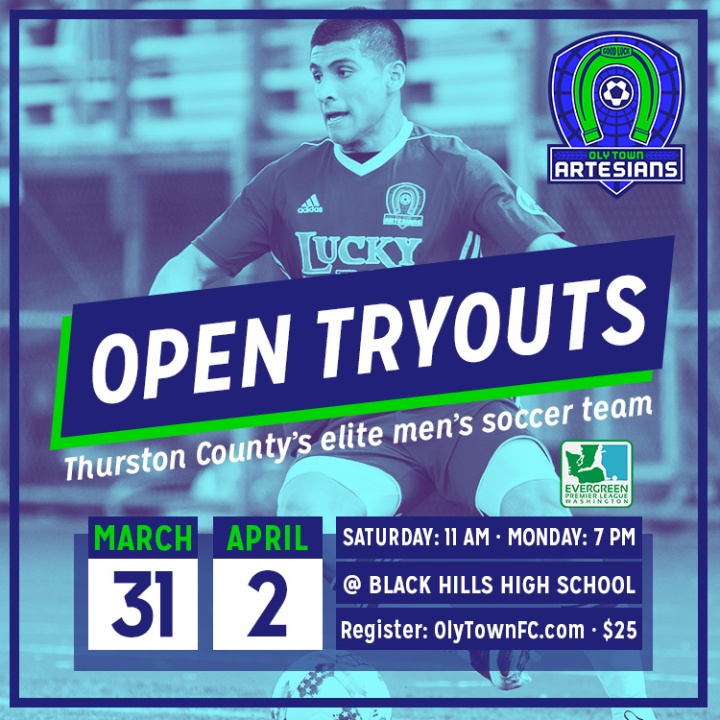 Thurston County’s elite men’s soccer team returns to their Tumwater roots this season by playing their Evergreen Premier League season at the new soccer field at Black Hills High School. Completed in September of 2017, the facility features a brand-new turf field, field lighting allowing for evening games, seating for over 300 spectators and plenty of room for many more, and for the first time in Oly Town history, parking right next to the field.

“We considered moving to one of the local high school stadiums this season,” said Artesians General Manager Brandon Sparks. “But we love the idea of keeping our games intimate, putting fans right on top of the action, not having a track separating fans from the players, and not making our fans walk into the middle of campus. The Tumwater School District and Black Hills have done a great job of creating a very nice, new facility that we are proud to call home for practices and games this season.” 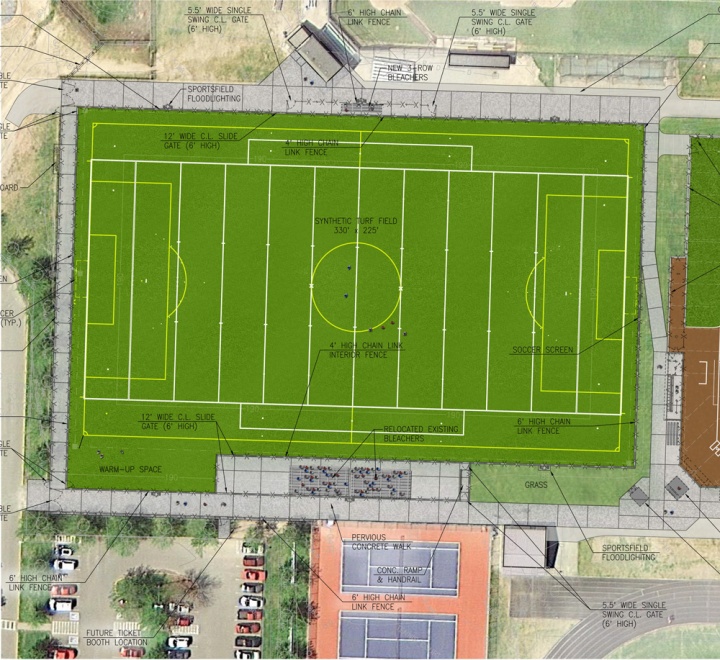 The Artesians played their first indoor soccer season in Tumwater but on the other side of I-5 at the former Olympia Indoor Soccer.

Olympia native and Artesians current indoor head coach Matt Herrera has been named to the same position for the outdoor EPLWA season. Herrera has been coaching high school soccer since 2006 and has been a varsity head coach for the past nine years, first at Yelm High School where he coached current Oklahoma City Energy players Miguel and Daniel Gonzalez, and now at his alma mater, North Thurston High School.

“We’re excited to have Matt take over our outdoor squad,” continued Sparks. “Players respect him as a coach and enjoy playing for him. He has been an integral part of our team as a player and a coach and he knows our strength and weaknesses as a club and will do well building a squad.”

Herrera has set open tryout dates for Saturday, March 31st at 11:00 AM and Monday, April 2nd at 7:00 PM on the turf at Black Hills High School. The registration fee is $25 and players are encouraged to pre-register by visiting www.olytownfc.com/tryouts.